Kathryn Brunner is passionate about helping aspiring musicians become artists who love their craft. She has been a music educator since 2001 taking students from early childhood music to advanced skill levels in piano proficiency in her piano and Musikgarten Studio in Northern Virginia. As an early childhood music instructor, she has led over a thousand students in joyful musical play. In May 2016, Ms. Brunner expanded her course offering into the online world with the launch of mymusikathome.com. Musik at Home, LLC is an online program offering Musikgarten’s early childhood music classes to prepare babies, toddlers and preschoolers for future instrumental study with the fundamental skills needed for developing musicianship. Musik at Home will soon include piano instruction for ages 5-9. Ms. Brunner received her Master of Arts degree from Reformed Theological Seminary and her Bachelor of Arts degree from Gardner-Webb University where she studied music with a concentration in piano. She was among the first to earn George Mason University’s College of Visual and Performing Arts Professional Certification in Piano Pedagogy in 2006. She earned Musikgarten’s early childhood music certification in 2005 and is certified by the Early Childhood Music and Movement Association (ECMMA). Ms. Brunner served as a Director of Worship at McLean Presbyterian Church in McLean, VA from 2005-2013. As an independent recording artist, Ms. Brunner works with producer, David Browning of Franklin, TN who has served as a touring pianist for Amy Grant, Michael English and Natalie Grant among others, currently advancing the music industry with the creation of Crowd Music. Ms. Brunner’s first album, Made For Me, was released in June 2011. Her soulful Christmas album, Born This Day, was released in November 2012. Her single, Holding On to Hope, written and produced for AIDS Ophans in South Africa was released February 2014. In May 2010, Kathryn’s song “Better Than Life” was selected for the finals in the Inspire Song Writing Contest during the Inspire Worship Conference in Nashville. In 2002, Ms. Brunner arranged and produced her first solo album, Soul’s Eye, including 9 original compositions. Her goal is always to encourage listeners in their walk of faith. Ms. Brunner co-represented George Mason University’s Music Department with Dr. Joanne Haroutounian as a presenter at the Music Teachers National Association (MTNA) convention in Austin, TX in 2006 where she instructed music professionals how to match innovative teaching strategies with student learning styles in a presentation entitled “Connecting With the Kid on the Bench.” Some of Ms. Brunner’s graduating piano students have been accepted into the Berklee School of music, UCLA Herb Alpert School of Music, one has become a signed pop/country artist, several are leading worship for their churches or college campuses and many others have gone on to enjoy music as a lifelong pursuit and pleasure. When she is not teaching, leading worship at church, performing or song writing, Ms. Brunner enjoys spending time with her husband and two daughters, hiking, reading, sailing, traveling, and appreciating poetry and art. 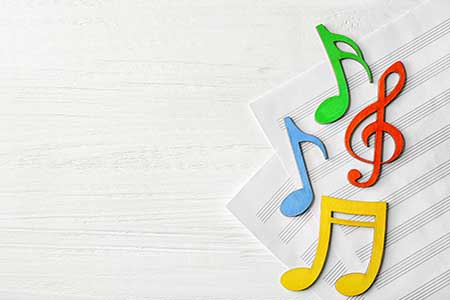 Family Music for Preschoolers: Music stimulates neurological development in young children, and Family Music for Preschoolers is an incredibly fun and easy way to work a little bit of musical play into every day. Follow along with Kathryn Brunner as she takes your family through imaginary walks in the woods, a trip to the pond, a visit to the meadow, and more as she teaches you and your preschoolers simple songs, rhymes, rhythms, and much more.