Dennis DiNoia, M.A.Ed has been immersed in education for almost 30 years. He holds a M.A. in Education from the University of South Florida and has been a Florida State Certified Secondary Mathematics Teacher since 1988. He is affectionately known to all of his students as “Mr. D.”

After recording over 500 instructional videos, writing thousands of quiz questions and course practice problems with step-by-step solutions, the Mr. D Math curriculum ranges from Pre-Algebra to Precalculus. His online students are across the United States, and Mr. D has worked with students on 3 different continents! This math program infuses problem solving and treating math as a language as the basis for its delivery and offers the equivalent of a personal teacher in one’s home or co-op. Mr. D is a master of distance-learning platforms with his highly successful live online classes for students.

Mr. D is also a test prep expert! Students repeatedly have significantly improved their scores on the SAT, ACT and other standardized testing after taking one of his test prep programs. With this reputation for results, Mr. D was asked to serve as the Standardized Testing Consultant for the Kamaile Academy PCS, a K-12 charter school program located in Waianae, HI, from 2012-14. In this position he was given the task of transforming the pupils’ standardized test results. This school was in the bottom 5% of the state with regard to test score results. Using his proven test taking strategies, Mr. D redesigned the school’s test preparation, administration, and implementation for the 2012-13 school year. The school has now seen the most dramatic test score improvement in its 30 plus year history and was awarded the “Most Improved Charter School” in all the Hawaiian Islands. Waianae has the highest population of native Hawaiians in any of the Hawaiian Islands. In an area where only 6% of the population attends college, Mr. D has literally shifted the paradigm of learning and education for the students and staff members. High school students are now taking college courses while still in high school.

Mr. D is always one of the most-loved and well-attended presenters as featured presenter for the FPEA and HEEA conventions. Mr. D is proud to be added as a featured speaker for Great Homeschool Conventions in 2017. Mr. D has presented in Texas, Pennsylvania, and several organizations across Florida. 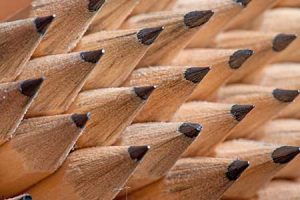 SAT-ACT Math Test Prep is fully customizable to the student’s needs and can be completed at his or her own pace. The test prep includes videos, printable work, practice tests, online practice games, and more. The SAT (including the new updated version) and ACT are both explored.