Amy Gillispie and her husband have been homeschooling their nine children, for over 18 years! They’ve tried many curricula for many types of students. One is all auditory, while another is 110% kinetic. Their children’s variety broadens their spectrum. If you would like any input on a particular curricula, each member of Amy’s family probably has an opinion. Her oldest son is a college senior. Her oldest daughter is a college sophomore, a full-time vet tech, and is just barely 17! The six children in the middle are artistic thespians, as well as the youngest, who is five and half—she lives and breathes “outside the box.” She keeps Amy and her husband on their toes!

Amy graduated from The Ohio State University (GO BUCKS!) with a B.S. in Architecture. For two and a half years, she worked on a Master’s of Theological Studies in Liturgical Architecture. (Since then, their spiritual journey has been just that—a journey of a lifetime.) Competitive in the academic and professional architectural settings, she entered quite a few competitions. She won one by designing a vet hospital. After graduating from college, she worked in two major architecture firms and as a freelance designer. She says it is surreal to drive by buildings she had some influence upon years earlier.

So why a “School of the Arts”?

Short Answer: It was a response to the gifts God has given her over the years! It was just what she was supposed to do.

Entrenched in the field of photography during her late high school and early college days, Amy earned money for books and entertainment by taking photos and developing negatives. She says she misses her darkroom days!

From the time she was four until she graduated high school, Amy was devoted to a dance program. For seven years, she danced in a ballet/jazz dance company on a scholarship. The seven years before that she prepared to dance in the company. They used to perform every Friday in the schools. Amy developed a reputation for “dancing and musical architecture” because of the directions she took with college architectural design challenges. She still loves to dance (even when out and about) . . . “unfortunately for my kids,” she says.

It wasn’t until after high school that Amy stepped into the theatrical world. She’s been directing children’s musicals since 1990. She also designed sets, ran lights and music for various companies in her area at the time. Over the past seven years, she’s directed homeschooled kids in musicals, including The Enchanted Journey, Willy Wonka, The Wizard of Oz, Annie Jr, and Joseph and the Amazing Technicolor Dreamcoat. “Working with this troupe has been a dream come true!” Amy says. “Some of them have been in my musicals since 2010. Watching them grow up has been a huge blessing!”

Music has always been on Amy’s schedule. Piano is her favorite, but she has played the organ for her church weekly from the time she was 12 until after she graduated from college.
As a registered teacher for the Institute for Excellence in Writing, she has been blessed to help even the most reluctant writing students thrive.

Finally, health: Being healthy just makes everything more fun! Amy lost 100 pounds in 2015 and has kept most of it off. She says her coach saved her life. She wants to give back and be there for others who may be struggling like she did. For the past two years, she has been a COPE Certified Health Coach.

Blessed with direct experience with Architecture, Art, Design, Theater, Music, Dance, Photography, and Health, Amy has been teaching her children, children in person, and many students online from around the world in many areas of “The Arts.” Bringing it all together for students and providing them some of the tools they will need for any of the design fields is one of her greatest joys.

Most importantly, she thrives on using her artistic talents to bring Glory to Our Father in Heaven and teaching others how to do so as well.

To HIM be the Glory!

To learn about other architecture courses for middle and high school students, please visit her website: www.buildingbrilliantmindsonline.com.
Get In Touch 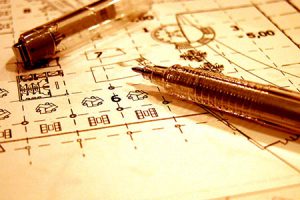 Hands-On-Architecture will introduce students to exciting, easy-to-find materials they will use to make fun architectural structures and will lead students through the design of their own HOME in nine lessons.  Students may use the materials from the first course or a medium of their choice. Minecraft, SketchUp, poster board, clay, and plastic building bricks are some materials that have been used in the past.