Joy Sikorski, M.A., an award-winning film composer, performer and educator, founded SingBabySing® and Singing Mastermind, two online businesses dedicated to freeing voices around the world. Her credits include Fearless Voice Power, an affordable online singing lessons course, a book, Singing Through Life With Your Mouth Closed, a National Public Relations Society Award for music in a documentary film, music for a  feature film, radio commercials, an international album, choral music, and works for piano and voice and other instruments.

She is also co-composer/lyricist for a musical based on an adaptation of Newberry Award-winning author Lois Lowry’s book, Gathering Blue.  Ms. Sikorski has appeared on television, is a published author featured in the Inlandia CWW Anthology, Los Angeles Family Magazine and has been interviewed by the Dallas Opera Co. and elsewhere.  She is known for her unique performance genre, “Improper-Music of the Moment,” in which she concurrently creates music and lyrics while singing and playing the piano.  She also co-founded Caring for the Kenai, an award-winning environmental awareness contest featured on ABC’s Good Morning America; its contestants have received the President’s Environmental Youth Award.

Her current projects include several voice training courses, a nonfiction book, a children’s book series, an historic fiction novel based on an Old Testament story, and several original music projects. 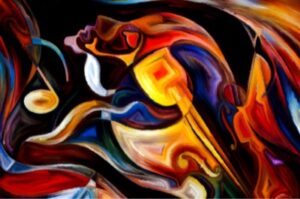 The Music/Voice course is a study of singers and songs from different genres and an encouragement to sing together as a family. This course endeavors to encourage you to be comfortable with the voice God has given you and to use it, regardless of what you may think, or what others may think. It encourages singing together as a family and helps the whole family understand the benefits that come from that activity. These lessons can be studied in any order the student wishes.