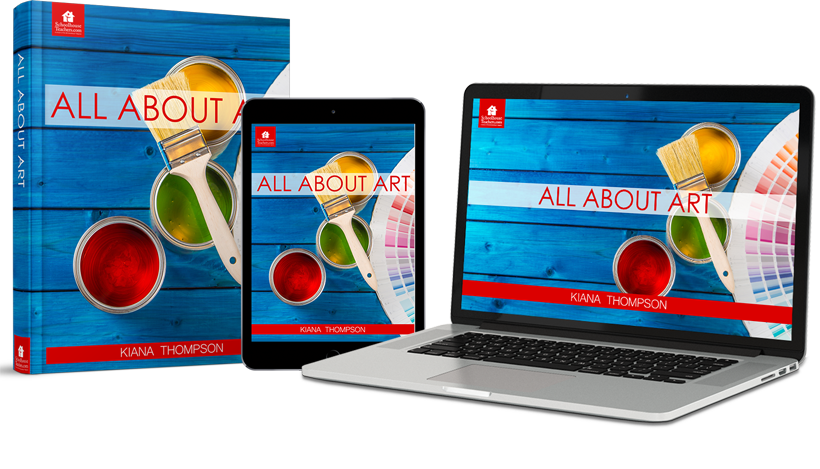 Welcome to Our Basic Art Course Homeschool Curriculum: All About Art

Does your student have hidden artistic talent? All About Art is a great way to discover a student’s hidden potential. In this course, children from first to third grade learn the basics of art while encountering different artistic creations such as still lifes, abstracts, landscapes, and self-portraits. After every lesson, your budding artist will have the opportunity to experiment with the techniques he or she has just been taught.

Getting Started with All About Art, a Basic Art Course for Homeschoolers

This six-week All About Art course, a basic art course for homeschoolers, is designed to introduce children in first to third grades to the basics of color in art and significant types of art, including still lifes, abstracts, landscapes, and self-portraits. Each art lesson includes an art activity for elementary students to experiment with what they have learned.

Go to Class Lessons and download the lesson plan, lesson file, and template file. Start with the Day 1 assignment. Follow the instructions each day on the lesson plan and check them off when completed.

Course Sample for All About Art, a Basic Art Course for Homeschoolers

A still life is a group of objects an artist looks at to draw or paint. The objects are usually groups of fruit, flowers, or animals that are still. Artists would paint anything that was once alive, which is why it was called still life. A still life can be done in any medium (what the artist uses to make the picture) but were most commonly done as paintings.

People have been making still lifes (note the spelling of the plural of “life” is different in this context from the usual spelling) for thousands of years, as far back as Ancient Egypt. Egyptians were not concerned with making things look realistic but with being able to tell what the objects were.

Romans and Greeks made still lifes that were somewhat more realistic. They are best known for their still life mosaics (tiny pieces of marble laid out in such a way that when looked at far away create a picture). If you look closely at the picture below, you can tell that it is made from a lot of small pieces of glass or marble.

As time went by, artists were able to make paintings that were more and more realistic. During the 16th and 17th centuries, the goal of paintings was to make them look as real as possible. The camera had not yet been invented, so this was the best way to record what life was like.

To view a full sample of the course, click here.

Course Outline for All About Art, a Basic Art Course for Homeschoolers

More About All About Art, a Basic Art Course for Homeschoolers

Art is a vast field of study; there are so many different kinds of art and ways to make it. These All About Art basic art course lessons demonstrate that there is no one way to produce art or that one way is right while another is wrong. Elementary homeschool students are encouraged to be brave and experiment with it. Part of the joy of art is the freedom to make unique expressions. Lesson designer Kiana Thompson urges students to pray to the Lord while they are creating and ask Him to show them things. She relates that some of her best ideas have come from when she has prayed and talked with the Lord or studied His Word. He is the Creator of all; surely He will help young art students create as well, opening their eyes to things unseen. 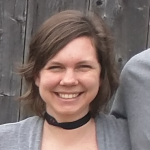 Kiana Thompson lives in Ohio with her husband and three boys, whom she homeschools. She also…

A Century of Art

Drawing in Pen and Ink

Exploring the World of Art

Let's Do Art Outside

Drawing in Pen and Ink

Exploring the World of Art

Let's Do Art Outside