Welcome to Our Introduction to Native American History Homeschool Course

Getting Started with Our Introduction to Native American History Homeschool Course

This one-semester Introduction to Native American History homeschool course teaches about the daily and family life of many North American Native American tribes by incorporating their history, dwellings, government, methods of farming, clothing, customs, arts and storytelling, and more into the lessons.

Corresponding lessons on SchoolhouseTeachers.com; journal for writing assignments, notetaking, and research; access to a computer and printer access to the World Book Library

The Miami Indians originally inhabited the region South of Lake Michigan, but in the 1660s, they feared the Iroquois, so some of them moved to Mississippi, and some moved to Green Bay, Wisconsin. About 20 years later, the ones in Green Bay began to move back to Lake Michigan and Indiana.

They lived in villages with palisades, or fences surrounding the homes for protection. The palisades enveloped several elliptical houses for each family (sometimes for an extended family). The homes were wooden frames covered in tightly woven reed mats. Over the doorways and floors were bison skins. Each hut had a central hearth for light, heat, and fire for cooking, with a hole in the roof for smoke. In the center of the village sat the chief’s house, which also served as a general meeting place.

Be sure to label map 2 with the Tribes we learn about this week!

Read more about Chief Little Turtle here. When he finally signed the peace treaty with the United States, how did he change, and what things did he advocate?

To view a full sample of the course, click here.

More about Our Introduction to Native American History Homeschool Course

This Introduction to Native American History homeschool course counts as a social studies credit. Students who complete the 18 weekly lessons, including all reading and writing assignments, and spend approximately 90 hours completing the homeschool history course, may earn 0.5 academic credit. 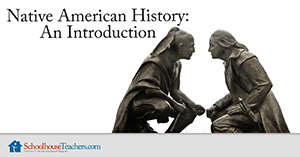 Would you like to tell others about this Introduction to Native American History homeschool course? 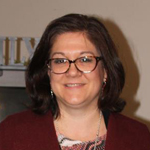 Cindy Stalnaker lives in Cabot, Arkansas, with her husband, 2 kids, a dachshund, a horse, and…