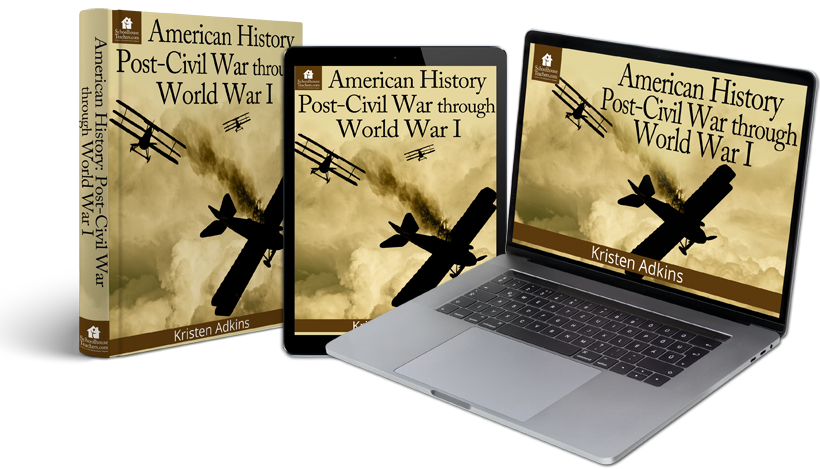 Is American history too long and complex to cover quickly? You and your middle school students can slow down and take an in-depth look at our nation’s history through American History: Post-Civil War through World War I. In eighteen weeks, students can begin to understand the people, places, and events that shaped our nation during this time, such as immigration, industry, equal rights, and inventions that changed the world.

The story of America is a long and complex one. This American History Post Civil War to WWI homeschool history course looks at the people, places, and events that shaped the nation from the time following the Civil War through the end of World War I.

Corresponding lessons on SchoolhouseTeachers.com; index cards for note cards; access to the Internet, computer, and printer; 3-ring binder for notetaking and research

Click on the following link to read about immigration (read only the first three sections); answer the questions based on the reading:

Read the article below, which comes from the Library of Congress website:

“In the late 1800s, people in many parts of the world decided to leave their homes and immigrate to the United States. Fleeing crop failure, land and job shortages, rising taxes, and famine, many came to the U.S. because it was perceived as the land of economic opportunity. Others came seeking personal freedom or relief from political and religious persecution. With hope for a brighter future, nearly 12 million immigrants arrived in the United States between 1870 and 1900. During the 1870s and 1880s, the vast majority of these people were from Germany, Ireland, and England–the principal sources of immigration before the Civil War. That would change drastically in the next three decades.

“Immigrants entered the United States through several ports. Those from Europe generally came through East Coast facilities, while those from Asia generally entered through West Coast centers. More than 70 percent of all immigrants, however, entered through New York City, which came to be known as the ‘Golden Door.’ Throughout the late 1800s, most immigrants arriving in New York entered at the Castle Garden depot near the tip of Manhattan. In 1892, the federal government opened a new immigration processing center on Ellis Island in New York harbor.

“Although immigrants often settled near ports of entry, a large number did find their way inland. Many states, especially those with sparse populations, actively sought to attract immigrants by offering jobs or land for farming. Many immigrants wanted to move to communities established by previous settlers from their homelands.

“Once settled, immigrants looked for work. There were never enough jobs, and employers often took advantage of the immigrants. Men were generally paid less than other workers, and women less than men. Social tensions were also part of the immigrant experience. Often stereotyped and discriminated against, many immigrants suffered verbal and physical abuse because they were ‘different.’ While large-scale immigration created many social tensions, it also produced a new vitality in the cities and states in which the immigrants settled. The newcomers helped transform American society and culture, demonstrating that diversity, as well as unity, is a source of national strength.”

Answer the following questions based on the above reading:

Activities: Choose one or more of the following to complete.

This eighteen-week American History Post Civil War to WWI homeschool history course takes middle school students from just after the Civil War through the end of World War I.

Explore the reasons for immigration, the growing global influence the nation had in the world, the rise of steel and railroad industry, changes in oil and banking, the struggle for equal rights, inventions and discoveries, the causes and background of World War I, the United States’ role in the war, and much more with this 18-week homeschool history course. 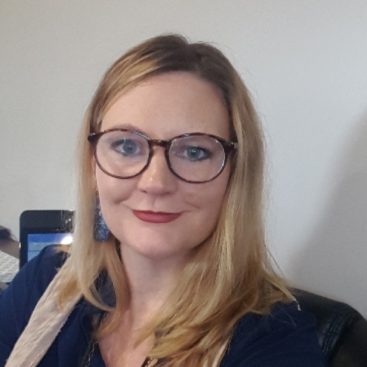