Welcome to Our Homeschool Economics Curriculum

Getting Started with our Homeschool Economics Curriculum

The topics your student will cover in this economics course include the function of economics in various sectors of society, a study of twelve economists throughout history, and a three-part study of whether governments should intervene in markets or not.

Corresponding lessons on SchoolhouseTeachers.com; journal for notetaking and research; access to the internet, computer, and a printer; check out the four resources listed on the course download page from the library

Instruction for this homeschool economics course is provided in the form of reading assignments, videos, research projects, PowerPoint presentations, and news stories; review questions and self-tests are also included

Mike Sims, who teaches Economics at Trinity Valley Community College, is the assistant city manager for the city of Terrell, Texas. He makes Economics come alive for students with creative themes ranging from Football Economics to Ski Slope Economics! His SchoolhouseTeachers.com course is located in the Teacher Lesson Archive. Here is one sweet example, perfect for the season. 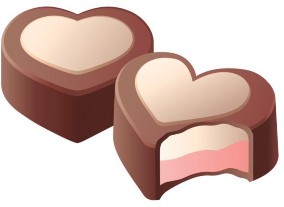 Week One: Concepts and Definitions

All definitions are taken from the Arnold Textbook or the Sowell Basic Economics Book.

Economics as a formal study grew out of the observation that countries would often go to arms to settle disputes about resource allocation—think feudal kings plundering each other or wars about imperialistic claims. Thus, some began to think that there must be better way to improve material conditions. Adam Smith, in The Wealth of Nations, published in 1776, suggested that perhaps commerce should be used instead of conquest.

Economics (classic) — Economics is the study of the use of scare resources which have alternative uses.

Economics (official) —The science of how individuals and societies deal with the fact that wants are greater than the limited resources available to satisfy those wants.

Consumers seek a way to maximize utility, adding as many goods as their resources allow. In a market system, if a consumer desires more goods then they have resources to acquire, then they are forced to provide a benefit of some sort to someone else in the economy in order to obtain additional resources. This incentive encourages participation in the market and wealth generation, two hallmarks of people in capitalist market societies.

Good — A thing from which consumers receive satisfaction or utility.

Bad — A thing from which consumers receive dissatisfaction or disutility.

Producers seek a way to combine the four types of resources listed below in order to maximize the return on their investment. The entrepreneur plays the key role of combining the other resources to some efficient means of producing something consumers want. If a second entrepreneur can come up with a better way to produce a similar or a better good for less, then the first entrepreneur will either change or go out of business because he or she will not be serving the public as effectively. This competition forces innovation and efficiency, two hallmarks of firms in capitalist market societies.

Land — all natural resources, such as minerals, forests, water, agricultural land, and other unimproved land

Capital Produced — goods that can be used as inputs for further production, such as factories, machinery, tools, computers, and buildings

Entrepreneurship — the talent that some have for organizing the other resources to produce goods, for identifying new business opportunities, and for developing new ways of doing things

Exchange — the process of giving up one thing for another

Since goods and the resources needed to produce them are scarce, we should make trades until what we sacrifice (the opportunity cost) for a marginal unit is equal to the benefits that we get from any trade. People and businesses trade to become better off and stop trading only when the only trades they can afford would make them worse off.

The human desire for more can fairly be described as insatiable. This drives scarcity and the fact of scarcity drives the notion of opportunity cost. My resources are limited, so I can’t have one thing without giving up another. Since giving up something is painful, we have to measure the benefits versus the cost. This is done on the margin—i.e. the cost of one more unit compared against its benefit.

The Economics course by Mike Sims on SchoolhouseTeachers.com is presented in the form of reading assignments, videos, research projects, PowerPoint presentations, news stories, review questions, and self-tests.  The first half of this year-long course introduces and explains economics in a variety of ways—through chocolate economics, the role that piracy plays in economics, gamma ray economics (the powers endowed by economics), football economics, urban economics, Christmas budgets and the effect on the economy because of Christmas gift-giving, and ski slope economics (the concept of elasticity in relation to supply and demand).

The second half of the course focuses on “The History of Economics.” A foundation will be laid for understanding economics from a historical perspective. Twelve great names in economics history will be studied in historical order with the following goals:

Economic textbooks are typically full of jargon that doesn’t make intuitive sense. (You’re tempted to wonder: Are Pigou Taxes a penalty on people who let their hogs run free? Is the Laffer Curve a funny bend in the road?) Yet, if you’ll join us for The History of Economics, you’ll find that they make perfect sense when we meet the great minds and historical events behind the jargon—and give us greater understanding of our modern economy.

I hope you learn and enjoy!

The following books are referred to throughout the course. They are not required reading for a basic introduction to economics, but will be necessary for high schoolers wishing to earn credit. These are common textbooks that should be available at most libraries. 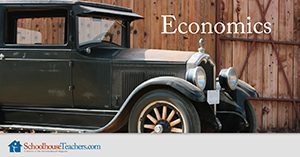 Would you like to tell others about our homeschool Economics curriculum? 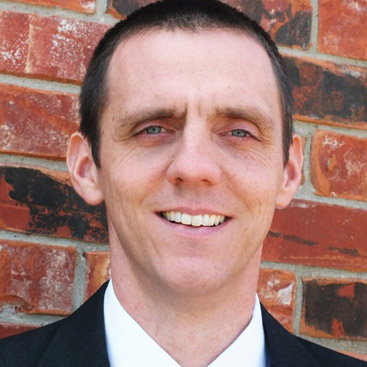 Mike Sims and his wife have been married for 17 years and homeschool their six kids….

Citizenship Around the World

Elections in the US Presidency