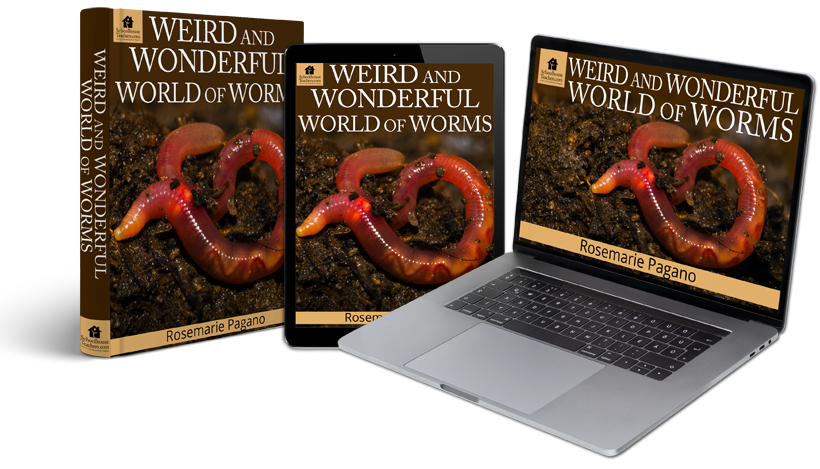 Welcome to Weird and Wonderful World of Worms!

Did you know worms are a critical part of our world? How can you create a vermicomposting system . . . and why would you want to? In fourteen weeks, “Robin Bird, Worm Whisperer” teaches your elementary student about the good, the bad, and the yucky in Weird and Wonderful World of Worms!

Getting Started with Weird and Wonderful World of Worms

If you have a student who has an interest in worms, Weird and Wonderful World of Worms is a great class for them to take, and it is written with upper elementary students in mind.

Go to Class Lessons and download the lesson plan and the first lesson. Start with the Day 1 reading assignment. Follow the instructions each day on the lesson plans and mark them off when completed. Be sure to write any needed homework in your notebook.

Course Outline for Bug Science and Insects for Kids

Rosemarie Pagano has combined her fourteen weekly lessons into four easy-to-download and vividly illustrated ebooks for your students to enjoy. Now they can not only learn about but see the good, the bad, and the yucky! These four units can be broken down to meet your scheduling needs and can be studied in any order. Enjoy!

This is a special kind of course, so let me explain a little before we get started. My name is Rosemarie Pagano, but I won’t be the one teaching this course. The text is all presented by a character I created to share the fascinating world of worms with your students, Robin Bird, Worm Whisperer.

Robin occasionally likes to make up words—like wormology. But don’t worry—the science is clear, accurate, and fun. The course will cover 14 weeks and be structured like a unit study. There will be worksheets for review and additional resources mentioned throughout, and I’ve included a special section all about vermicomposting.

Parents, you’ll want to preview the material before sharing with your students. Occasionally, to share the wonders of worms, I have to touch on topics like their reproductive system. I’ve done my best to be tactful in how I share the material, but as always, you are the best ones to judge what is appropriate for your family.

The classes should be followed in the order in which they are presented. Lessons include text, worksheets with answer keys, and occasional videos. There are also additional resources mentioned throughout the lessons.

So without further ado, let me welcome you and your students to the wonderful world of worms—the good, the bad, and the yucky!

Unit 1: All About Worms—The Good, the Bad, and the Yucky!

Pardon my appearance, I’ve been on my knees investigating a rotten log in Pine Knoll Forest. I love the forest floor; damp, dark, and teeming with life. Oh sorry, let me introduce myself. My name is Robin Bird, and I am a Junior Scientist.

What was I investigating? Well, like a pig snuffling for truffles, I had my nose to the ground fascinated by invertebrates. Worms are my specialty. Actually, my friends call me the Worm Whisperer. My older brother, Jay, calls me a worm weirdo, but that’s because he is clueless and doesn’t understand how valuable they are.

Do you think about worms? Maybe you do, when you see one or two struggling to cross the driveway after a rainstorm. But, what about when they’re snug in their earthly homes, out of site? That’s where they do their important work. They are really busy and productive. It’s amazing what they accomplish in silence.

Did you say you’d like to learn more about worms? Great! Let me take you on a “Worm Mission.” We’re going to explore the silent world of worms and not just the good ones. I think you’ll enjoy learning about the bad worms too. The yucky part of this study will really surprise you. So, grab a pen, a magnifier, and your Squirm Journal and let’s get started!

If you have a minute, watch this video I made to introduce you to some of the characters we’ll be meeting on our mission.

It’s always nice to meet a friend of worms and I am sure, as you do this study, you will notice worms and look at them in a friendly way. Let me start things off by telling a corny worm joke:

What kind of worm do you use for math? An Inch Worm!

(Just a side note: An inchworm is not a worm but the larvae from the Geometrid moth. I love word origins and this is a great one: This moth comes from the family Geometridae. The origin of this name, according to Dictionary.com, means geometer, “so called because the larva seems to measure the ground with its looping motion.” How cool is that? Later, in the Bad Worms study, we will meet a parasite that “loops” the same way. Stay tuned!)

Enough silliness! This first lesson is all about what makes a worm a worm. I like my own junior scientist term, “Wormology” and will be using it a lot, but the real scientific name for worm biology is Oligochaetelogy (ol-i-goh-keet-ol-ogy). It comes from the Latin scientific name of the Family Oligochaeta meaning “few setae” (bristles) and “logy” is Latin for “to study.”

Here is a simple breakdown of the thousands of different species:

First we are going to study the Good Worms. The Phylum Annelida (annelid means segmented worms) has 9,000 different species. There are three groups of the Terrestrial Earthworms.

Each one moves and grooves best in their specific soil environment.

Earthworms are full of contradictions!

At first glance, earthworms aren’t much to look at, just a smooshy, pinkish tube with pointy ends. We are going to take a closer look at Lumbricus terrestris, and we’ll discover they are amazing creatures. The word “terrestris” is related to the word “terra” which means earth. That’s why they are excellent soil aerators. We’ll study each contradiction in depth.

Contradiction Number 1: They have no eyes, ears, or nose but they have senses.

Contradiction Number 2: They have a mouth but don’t have jaws or teeth.

Contradiction Number 3: Each earthworm is both male and female (hermaphroditic) but it still takes two earthworms to make baby earthworms.

Contradiction Number 4: They move but have no legs.

Plus Bonus Wormology: Cuckoo for Cocoons and The Amazing Circulatory System

I have some videos* I’d love for you to see. General Biology MCC provides additional explanations of body functions and structures. There is an excellent model view, specimen dissection and microscopic slides show cross sections.

My friend Cathy at www.cathyscomposters.com has great “micro” footage of worms under magnification. You can see worms pooping and check out some cocoons.

*SchoolhouseTeachers.com note: Parents should closely monitor children’s use of YouTube and Wikipedia if you navigate away from the videos and articles cited in these lessons. We also recommend viewing the videos on a full screen setting in order to minimize your students’ exposure to potentially offensive ads. 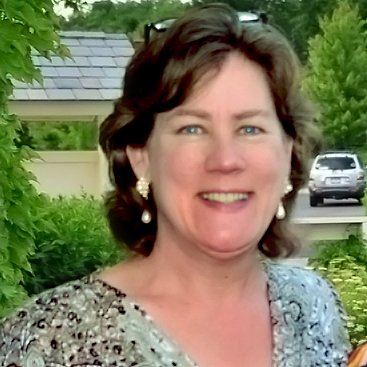