Corresponding lessons on SchoolhouseTeachers.com; notebook or folder for assignments and printed material (referred to as a Writer’s Notebook)

Benjamin Franklin Writing Method Homeschool language arts lessons teach writing skills by applying the method Benjamin Franklin used to teach himself to write. Some readings are provided; others can be chosen and/or obtained from a local library.

Focus concepts: Who was Ben Franklin? Why is his writing admired? What was his method, and how did it serve to transform him from a poor writer to a brilliant one?

Everyone has heard of him—the famous early American, Benjamin Franklin. He is so famous, in fact, that he has become part of our cultural consciousness. Not only was a discount store chain and a stove named after him, his picture is even on our hundred-dollar bill! He is also the only person to sign all three of our country’s founding documents. As important as he is to our history, however, you may not know anything about him beyond a few random facts like these. Who was he? And why spend six months learning how to write from a dead guy? Well, letme introduce you…

A Very Short History of a Really Cool Dead Guy:

Born in the Massachusetts Bay Colony in 1706, Benjamin Franklin was the 15th of 17 children—seven of whom were half-siblings by his father’s first wife. His family lived in humble circumstances, his father being a soap-maker and candlemaker. This meant that Ben had to learn a trade early in life, even though he did well in school. At age 10 he left the Boston Latin Schoolto work in his father’s shop. Since he found it dull, however, his father decided to apprentice him to his brother James in his print shop. Ben liked this, but eventually, due to differences with his brother, he left his apprenticeship and eventually settled in Philadelphia, which he called home for the rest of his life.

It was here that he made not only a name for himself, but also made history. He began to publish his writing, especially the famed Poor Richard’s Almanack in 1732, and he soon became successful in various ventures, such as starting businesses, creating a lending library, inventing new products (such as the Franklin stove), taking leadership by election of the Pennsylvania Masons, and becoming a solider—among other things! He even found his way into politicalleadership, which led him to sign all three of our country’s founding documents: the Declaration of Independence, the Constitution, and the Treaty of Paris. He is the only American with this distinction.

Amazingly, these are only a few things that Franklin achieved; there are just too many to list here! He was a true “renaissance man” in every sense. He was even a romantic, married onceand enamored with a number of other women after his wife’s death. Today, he is still honoredwith his nickname “the First American” and with his image on our $100 bill. And all this from a man who hardly had any formal education!

How did early Americans receive any sort of education when textbooks, classes, and reference books were so hard to come by? Though some had the means to enter formal schools and universities, many had to settle for a piecemeal education in unreliable country schools or a home education from parents who often had little education themselves. Yet, some of the country’s most influential figures managed to rise from the most humble of circumstances to become highly educated. One well-known example is Abraham Lincoln, who received a sporadic, minimal education, yet worked his way up to become one of America’s greatest presidents. Wealthy industrialist Henry Ford had a similar upbringing and yet grew up to create America’s automobile industry. Then there was Horace Greeley, a journalist who grew up with hardly any formal education but who became a Congressman, a co-founder of the Republican Party, one of the most influential journalists in American history, and even the founder of a Colorado town that still bears his name.

For writers especially, Benjamin Franklin is possibly America’s most inspiring example of what one can accomplish with grit, commitment, and a few good books. Raised in a farming family with little education and no money to pay for schooling, he determined to better himself as a writer by analyzing literature that he admired, imitating it closely to practice what he learned, and then applying it to his own writing. As a result, he became one of the country’s most distinguished authors, as well as an inventor, politician, and entrepreneur.

The Denim Beret: A Writing School for Teens

The Benjamin Franklin Writing Method may count for a half credit in English/language arts for homeschool students in either junior high or high school. The course lasts about six months, which is two-thirds of a traditional school year; however, this homeschool language arts course covers composition only. It does not include spelling, vocabulary, or grammar. Literature is an integral part of the course but is only studied in short bursts for the purpose of examining the writer’s craft, not to analyze or discuss its content. 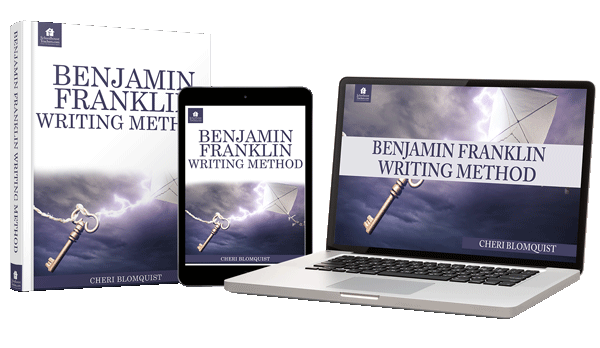 Would you like to tell others about our Benjamin Franklin Writing Method homeschool Language Arts course? 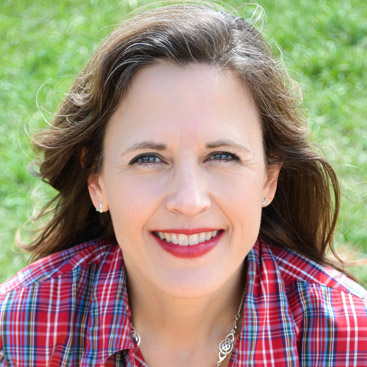 Cheri Blomquist is a former homeschool mom and a freelance author and teacher. Along with writing…